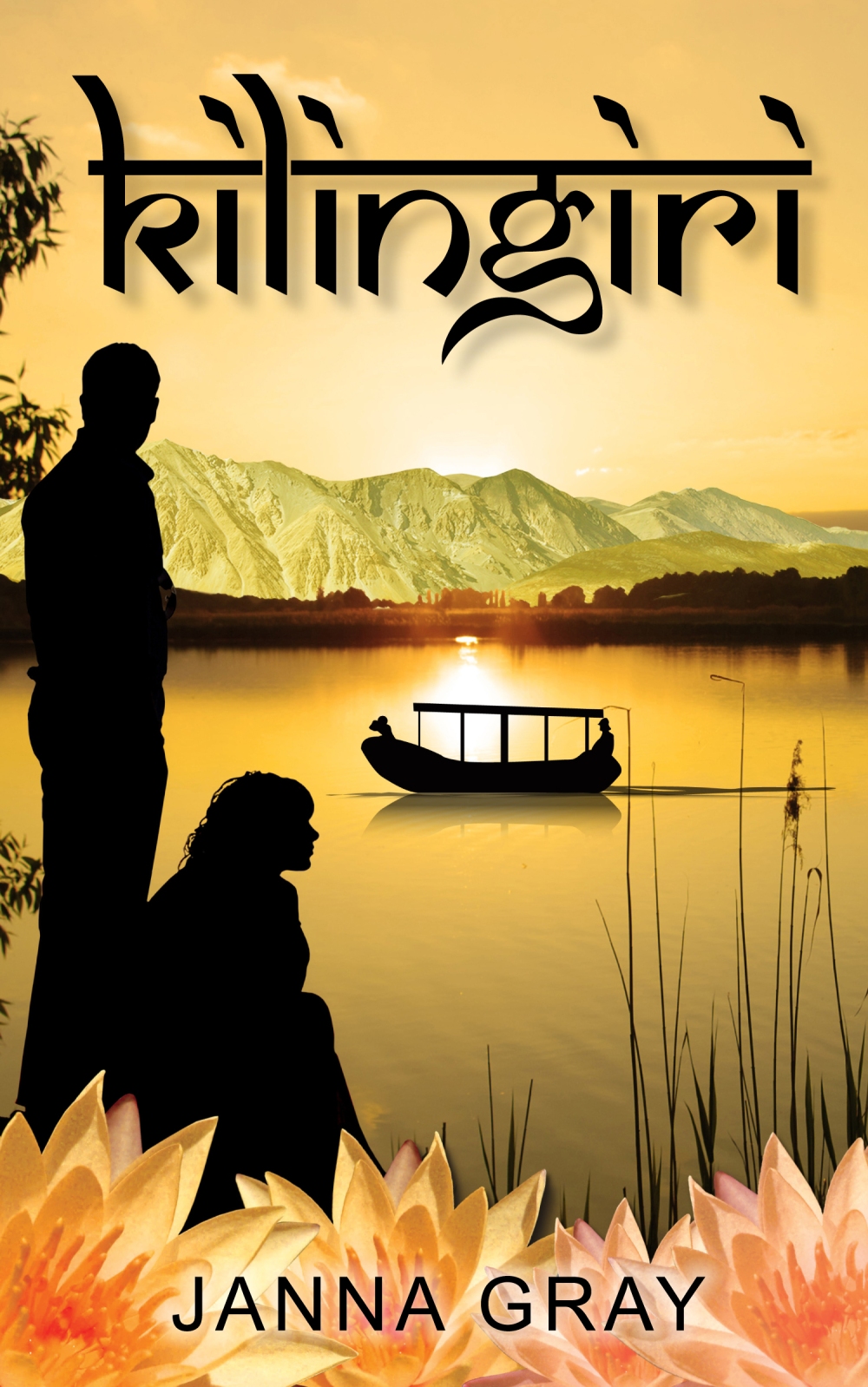 At first I had a hard time getting into Kilingiri. There was a lot of description and very little dialog in the first chapter. Nina Maitland is very pregnant in Srinagar India. The author describes it beautifully and I could almost feel and smell the scene. However, it opens with a very long explanation of why Nina is unmarried, pregnant and alone on a houseboat. It just seemed a lot of back story so soon in the book. But the plot comes back to the present afterward and flows pretty well from then on.

Kilingiri spans over thirty years in the life of Nina and her family, her loves and losses. There are several destinations throughout from Kilingiri, Thailand, Ireland, and England to France. The author introduces each setting with vivid description that sets the mood for that section. After which the reader is not bogged down by heavy description. It instead concentrates on character development and dialog.

Nina and Father Michael McKinley are characters that surprise the reader with their reactions to the situations presented to them. I was in disbelief on the things they faced and how they seemed to face them with positive attitudes for the most part. I would’ve cut my losses several times during the trials Nina experienced. She is an exceptionally strong character with a good heart. She doesn’t always make sound decisions but she sticks by her decisions, showing a person of personal strength.

I didn’t like all the things that happened in Kilingiri. I thought some plot devices were a bit too simplistic or then alternately too dramatized, but once I got further into the book I was able to take it for it was. The subject matter made this just an ok read for me, but with great description, lively dialog, a choice of time period that really works, and a plot that kept me wondering “ok, what could possibly happen now?” I have to give it 4 of 5 stars.

The plot has drama, steadfast love, exotic locales- well to me who has only been to the Caribbean- some intrigue and an ending that brings everything together nicely.

I recommend this read for those who believe in forever love and those who like to travel, if only by book.

Presented by:  As You Wish Tours

With exotic locations richly painted, Kilingiri, a saga of love and loss with its many painful twists and turns, proceeds like beads threaded on silk until the circle is completed.

Book Description:
1968, Srinagar, Kashmir and Nina is devastated by the death of her new-born baby girl. Sister Angela and Father Michael at the mission hospital step in to nurse Nina back to health but when the friendship between Nina and Father Michael turns to love, Michael makes a decision which will resonate through the years.

It is 1981 and in Kinsale, Ireland, Nina, devoted to her son Joshua, lives a loveless existence, but a chance encounter changes everything. Michael is back in her life, he leaves the priesthood and happiness is within their grasp.

But when past and present collide, their whole world is turned upside down.

Only by facing the consequences of what has gone before, can Nina and Michael embrace the future.

Janna Gray guides us masterfully through this poignant story of love, loss, betrayal and hope. 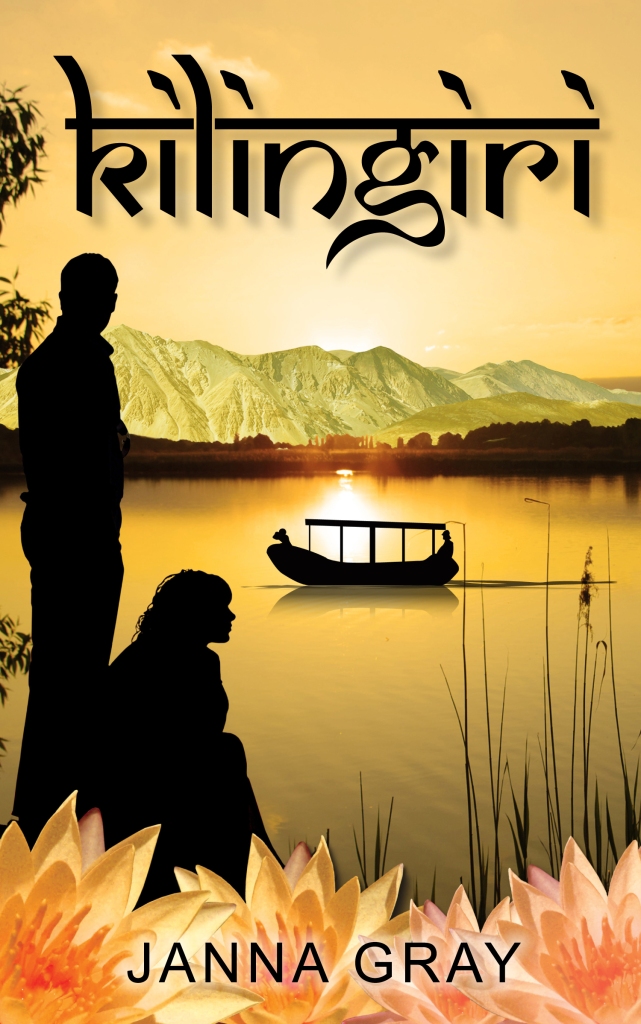 Thongkla Prison squatted like a malevolent toad in a swamp of stinking mud, the walls crumbling like cream-crackers where inclement weather and pollution had eroded its fabric, staining the formerly pale grey stone with leprous patches of grime and mildew.  The stench of sewage and unwashed bodies filled nostrils and lacquered throats with a stinking, oily film.

After being accused of possessing marijuana in a quantity that indicated trafficking, Nina had been incarcerated in this hell-hole for the past three months. Greg had arranged for James Pembroke, one of Bangkok’s finest legal brains, to take her case. Having been raised in Thailand he spoke the language fluently, thus avoiding the need for an interpreter which was a vital asset in a country where all legal transactions were carried out in Thai.

The prognosis for was not promising.

‘Your fiancée is in a devil of a mess, Dr. McKinley. I’m sure you realise that trafficking is a criminal offence in Thailand. Our country has a very real problem with drug smuggling across the borders with Burma and Laos and officials here are determined to stamp out this illegal and highly dangerous activity. I don’t need to remind you that if found guilty, Miss Maitland will be executed or serve a life sentence?’

Kodaikanal, South India and Derbyshire, England. She trained to be a teacher in London

where she met and married her husband Simon. His job took them to Singapore, Hong Kong

and Thailand where she raised two sons, worked at British and International schools and

wrote articles for newspapers and magazines.

Currently living in the UAE, Janna was the Senior Mistress (a title which caused much

merriment among her colleagues!) and Head of Pastoral Care at Repton School before

trading her marking pens and report cards for the world of writing novels. She enjoys

sequences. She sings in the shower and with choirs, has an allergy to golf and recently

As you may have noticed I have no review today or any pending. My daughter is out of school for the summer and we’ve been vacationing. Sorry. I really don’t have time to read with two under 7 at home all day, but I may sneak in a couple of chapters of something and try to post next week. I hope everyone’s summer is going spectacularly!

Happy Reading (elsewhere, for this week. 🙂

Cherese A. Vines's books on Goodreads

Countercharm 2: Of Stars and Dreams

Three Weeks in May